Recently, I participated in a campaign called Bridging the Gap. It paired a middle aged blogger with a millennial allowing us to get to know one another and write about our experience. (Meet my partner, Kait Elizabeth, October 17)

Today I am writing about a completely different group of women. I’m sure folks in the media would have a name for them like “super seniors” some might even say they are “old”, not being much of a fan of labels, I just call them “The Girls”.  I ice skate with them usually once or twice a week. The group of them have been friends for thirty or more years, have children, grandchildren and great grandchildren. The youngest of these women isa minimum of twenty years my senior. For a time, we had a woman who was in her late 80’s but she switched to ballet a few years ago.

2008 was probably the worst year of my entire life. I lost my father and step-father that year along with four friends, two of whom committed suicide. My business wasn’t doing at all well, and in the midst of it all, my husband asked for a divorce, then changed his mind because of the recession. Truth be told, I might have been a little depressed.

2008 was also the year I met Gloria, ice skating. Gloria didn’t tell people her age, but she told me. At that time, she was in her early seventies. Her hair was always perfectly coiffed, her fashion sense was impeccable. She still skated in a skating skirt and looked amazing (I always wear pants). As we skated, we bonded and I just loved her. 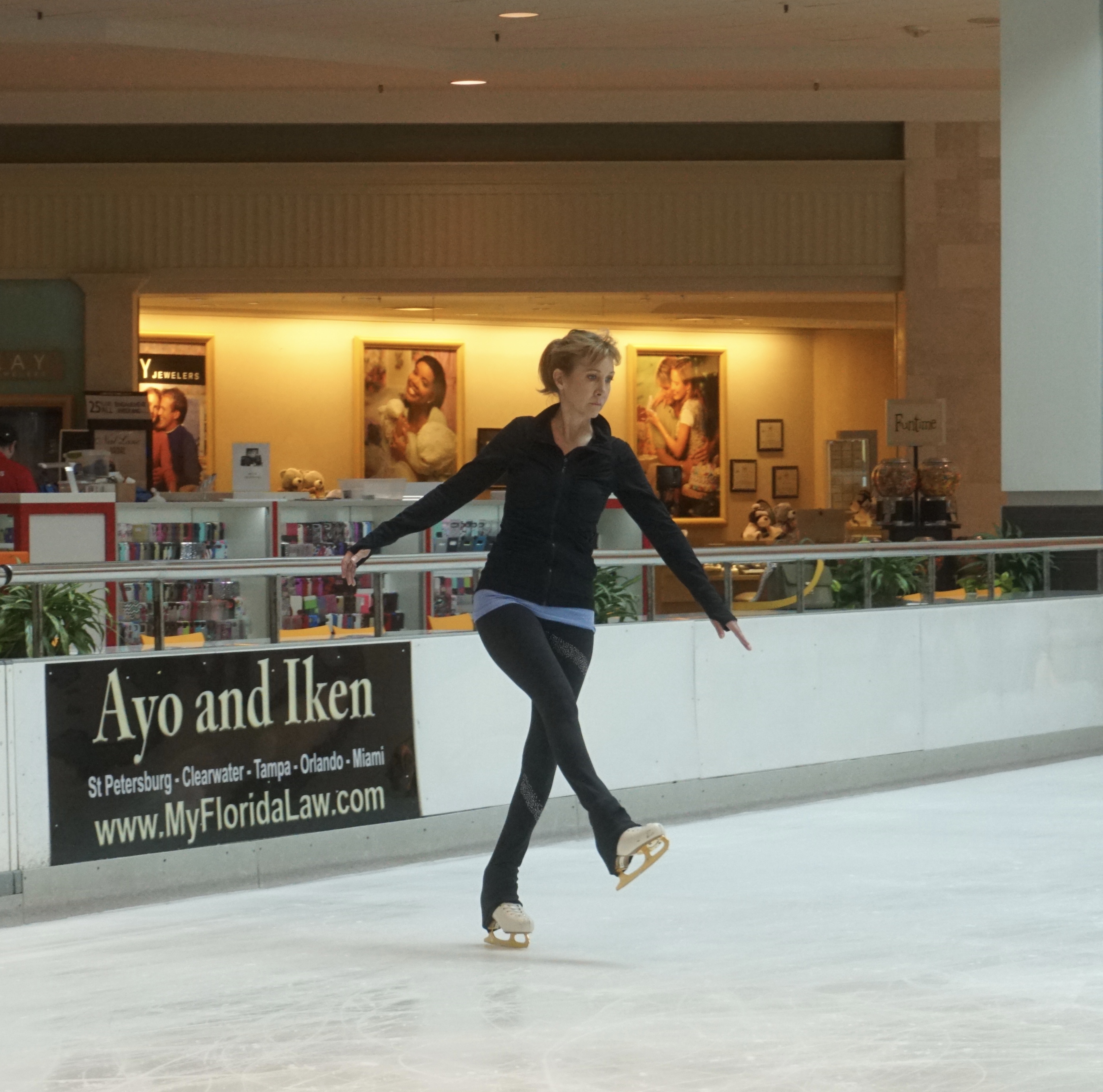 The lights were dim at the rink during those early morning sessions, adding to my general depression. I’d warm up, skate for a few hours and sometimes, when I could afford it, I’d take a lesson. At some point, each session, Gloria would be at my side. She’d urge me to cut deeper edges, or show me a few dance steps. Some times we would talk about what was going on in my life, other times, she’d tell me about the years she was a show skater, or about her grand kids. There was something about being with Gloria that gave me peace and perspective, and the sense that she deeply cared what was happening, even thought our conversation were always light.

A year or so later, Gloria fell and fractured her hip skating—I was completely broken up over her fall. We talked on the phone a few times, she urged me to keep skating and to keep moving ahead in life—she always would say “You’re so young yet! You have lots of time before you are old. Follow your dreams.” Only, I did feel old, 48, middle aged, over the hill—not living your best life has a way of doing that.

But Gloria was telling me there was more great stuff to come, more possibilities, that I still had a lot to look forward to.  And when I looked at it from her perspective, I could see she was right, there may be a lot more time, I was in good health, and the fact that there she was enjoying life, (not the broken hip and sick husband part) but otherwise, Gloria and her friends were still enjoying the lives they were living, friendship, travel, and hobbies. A year or so later, when her husband died, Gloria decided to move away to be near her kids and we lost touch.

Knowing Gloria during those dark and difficult years, hearing the sound of her skates gliding beside me…she’d often hold my hand…listening as she told me about her life, and the comfort I received from her listening to me, hearing me and being concerned for me brings me to tears, even now. 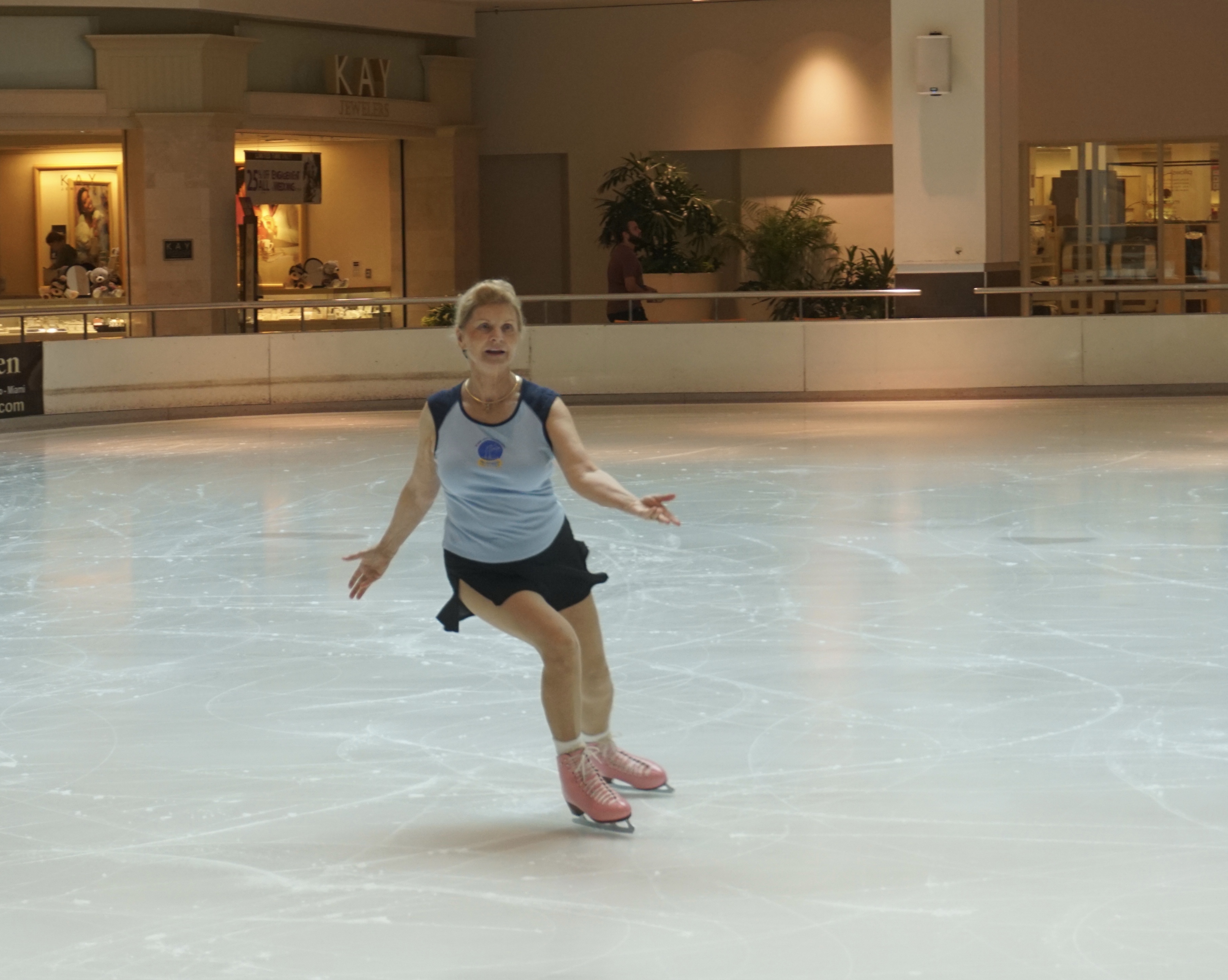 Together, we weathered my storm. Without saying a word, she helped me though the darkness, I begin to heal, have hope and take action in my life. Through her encouragement I began seeing a light ahead, and by hearing her stories both present and past, I began to see how time softens the worst life can bring and there is so much more ahead. She never offered advice, never tried to fix anything, never judged. She just listened. She offered her presence and attention.

Gloria’s friends at the rink have become my friends. Occasionally, I join them for coffee and homemade cake after skating, and yes, someone always makes a cake. They celebrate each other’s birthdays and have a potluck at the rink for the holidays. They still do a synchro number in the annual competition, and it’s fun to hear them get excited about the dresses. The ladies have been friends for over thirty years, and have helped each other weather life’s storms, like Gloria did for me. 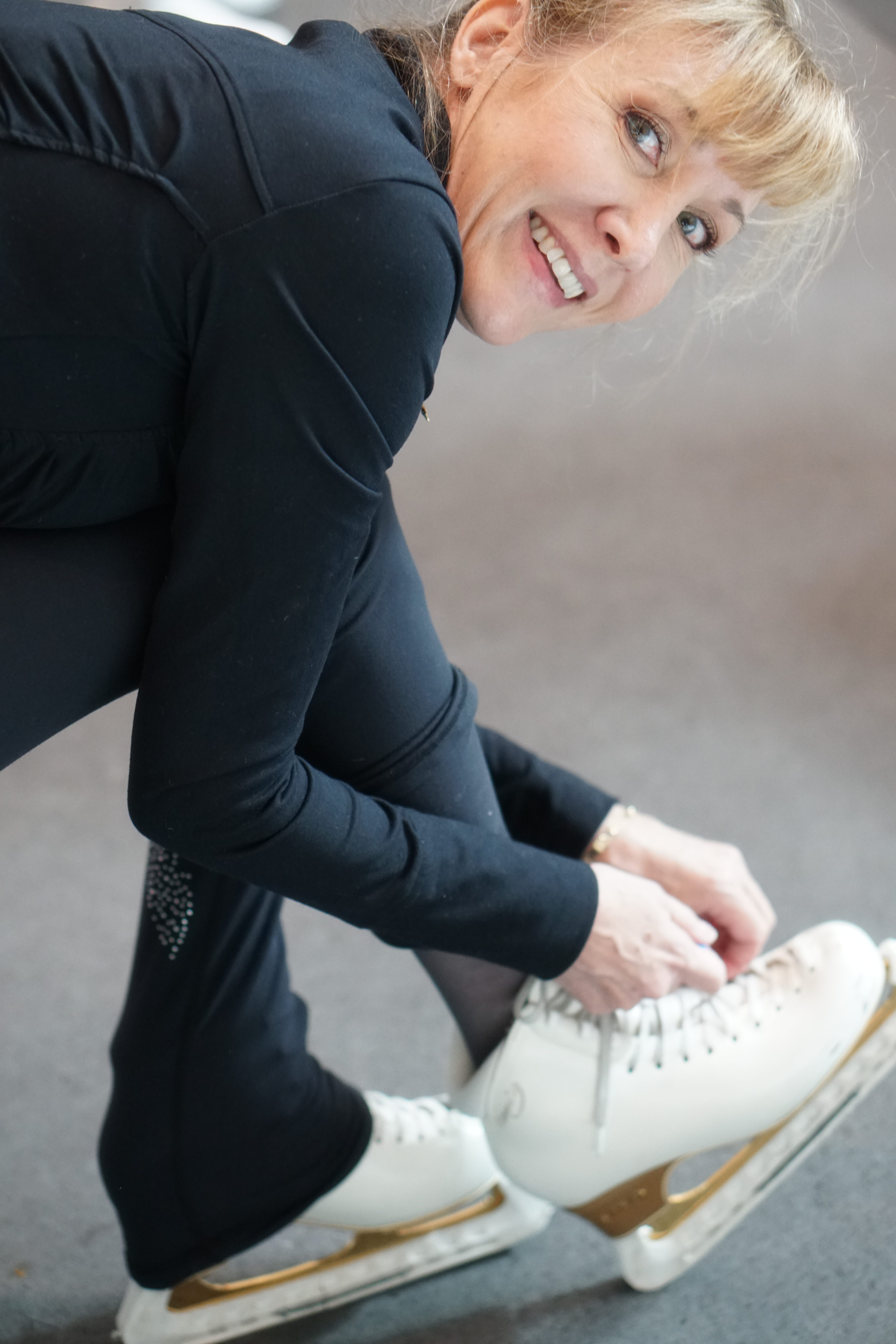 They are active, full of life, yet soft, like a warm hug. There is an understanding of life, a comfort in their own skin that I am now beginning to enjoy, too. I feel at peace with them, they are my soft place to land. They are not fierce, nor are they fighting the inevitable—they don’t have time for things that really don’t really matter. They aren’t worried about being “old”, having wrinkles, or what they should or shouldn’t wear at their age, and they always look amazing. They don’t care about all the crazy stuff going on in Hollywood or whether their age group is represented in media. They focus on living their lives, and being present for one another.

Never to be underestimated, “the girls” are strong and can get it done–whether caring for infirmed husbands, raising money for charity or taking care of the grands, these women don’t miss a beat.  It doesn’t hurt that can still do a mean Canasta Tango, enjoy the glitter and glitz of a pretty skating dress either. 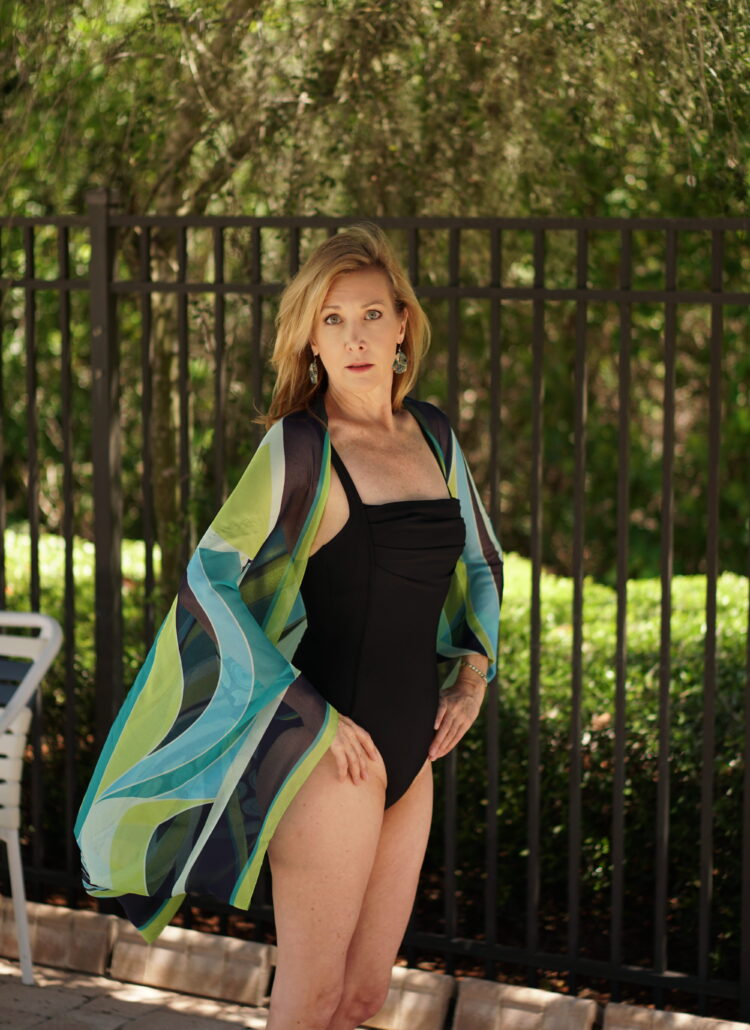 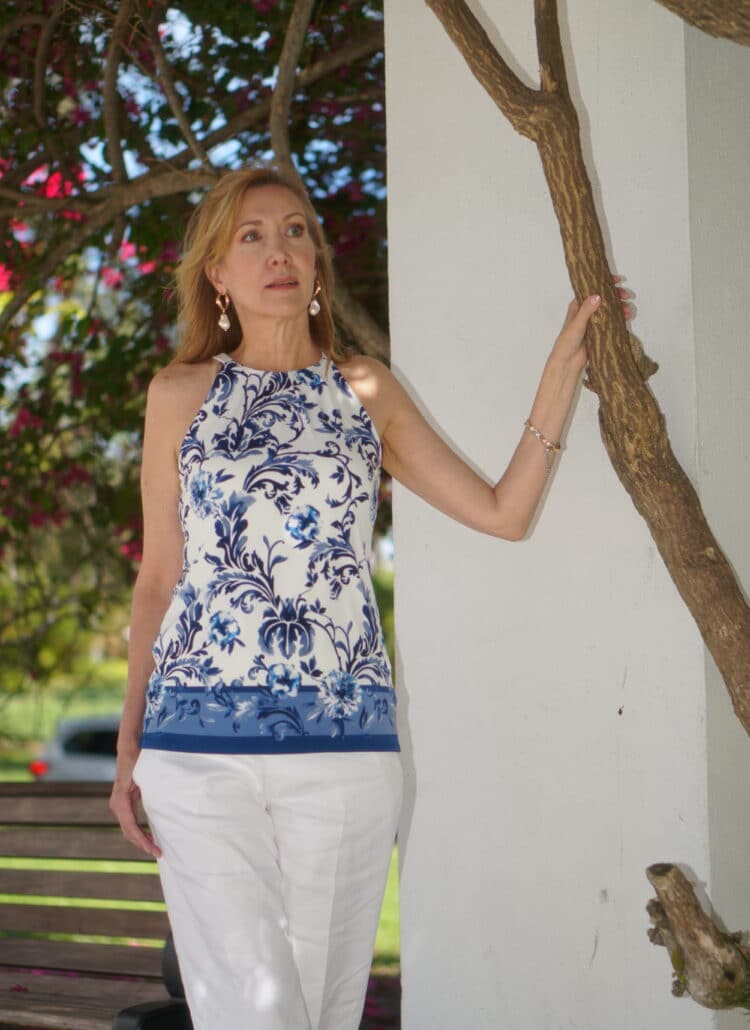 What To Learn From Envy 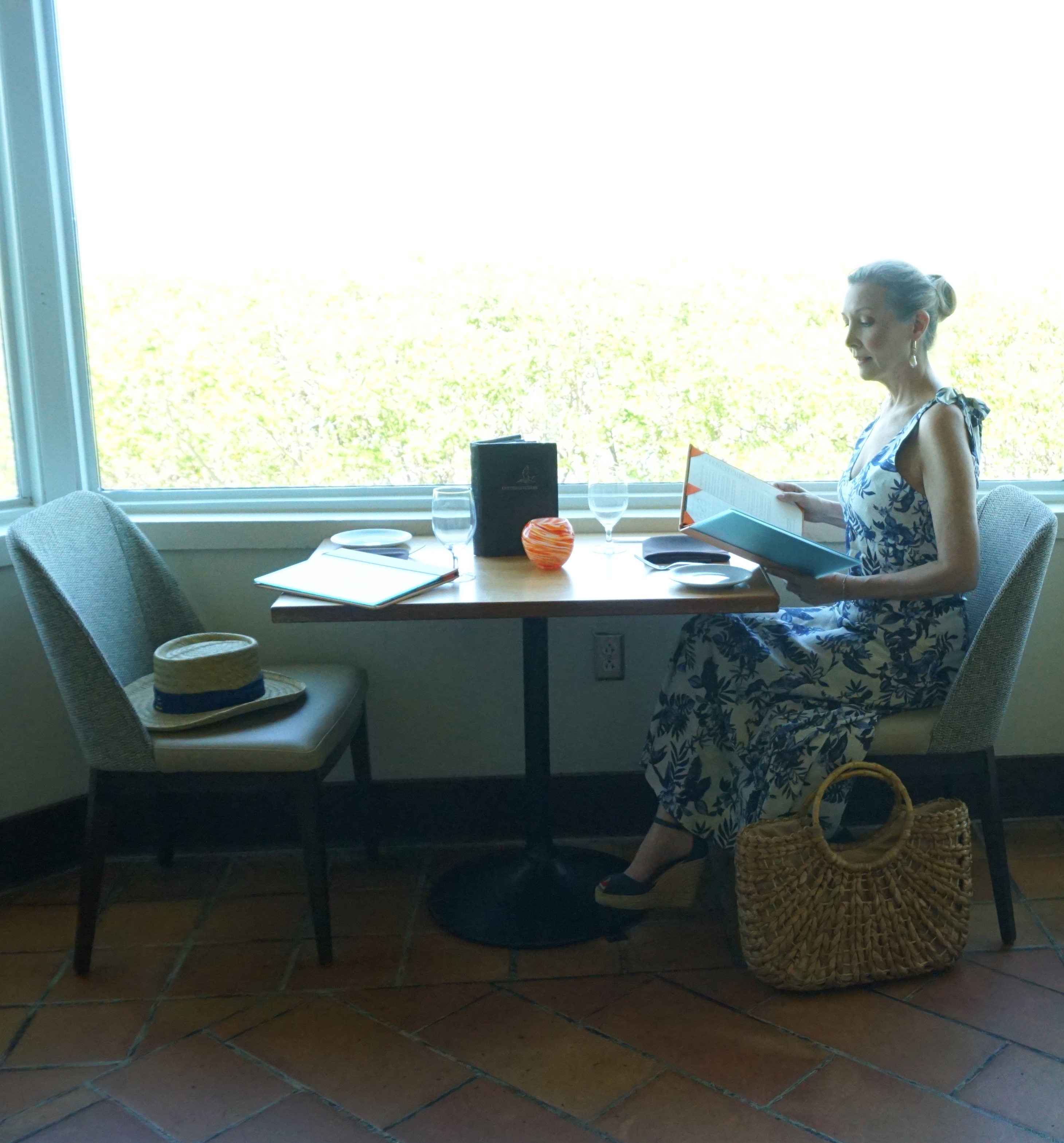 Six Weeks To Sixty: The Gift of Self Acceptance

I love this post Nina!
I play golf with women in their 70’s and I consider them my dearest friends!
I hung up my ice skating shoes 10 years ago, (fear of falling) after my friend sprained her ankle while we were skating together.
However I still snow ski and water ski (go figure!)
Enjoy your day friend!

I think finding a sport you love is the best thing ever. Making friends just puts a cherry on top. Hugs, Nina

Hi Nina,
I love your post!! I believe everything happens for a reason, meeting you Wednesday night and you directing me to your blog was just what I needed. I have been feeling dark and your blog brought some light into my day. Thank you and I look forward to reading more.

Thank you Alex, I hope you will keep in touch! You have my email if you’d like to get together to chat.

This is so beautiful. I love that you are taking the time to share these incredible stories. She seems like such a genuine person. I can’t wait to read all that are to come.

Thank you Sheree! Gloria is very special and I feel lucky to have know her!

Wow! An inspiration to all us older women. Ice skating was something I have left behind in my teens but it was always fun. Well done. #Ashley&LaurieAnythingGoes

[…] years Scarf  ( she is having a no spend october!) and I loved the Story and the sentiment behind Sharing a Journey’s post you must read it and say hi from […] 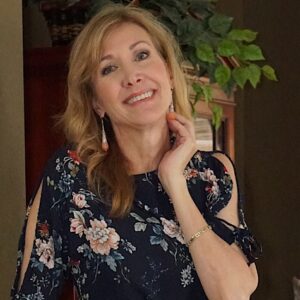 Back To Normal after Hurricane Irma

This website uses cookies to improve your experience while you navigate through the website. Out of these, the cookies that are categorized as necessary are stored on your browser as they are essential for the working of basic functionalities of the website. We also use third-party cookies that help us analyze and understand how you use this website. These cookies will be stored in your browser only with your consent. You also have the option to opt-out of these cookies. But opting out of some of these cookies may affect your browsing experience.
Necessary Always Enabled
Necessary cookies are absolutely essential for the website to function properly. These cookies ensure basic functionalities and security features of the website, anonymously.
Functional
Functional cookies help to perform certain functionalities like sharing the content of the website on social media platforms, collect feedbacks, and other third-party features.
Performance
Performance cookies are used to understand and analyze the key performance indexes of the website which helps in delivering a better user experience for the visitors.
Analytics
Analytical cookies are used to understand how visitors interact with the website. These cookies help provide information on metrics the number of visitors, bounce rate, traffic source, etc.
Advertisement
Advertisement cookies are used to provide visitors with relevant ads and marketing campaigns. These cookies track visitors across websites and collect information to provide customized ads.
Others
Other uncategorized cookies are those that are being analyzed and have not been classified into a category as yet.
SAVE & ACCEPT
wpDiscuz
8
0
Would love your thoughts, please comment.x
()
x
| Reply