Applying makeup was a breeze when I was younger.  I have always loved makeup, learning how to apply it and keeping up with the latest products.  I am guilty, however, of making many classic mistakes from not blending my makeup well to just plain wearing too much.

As I’ve matured, makeup has become trickier and my old trick just haven’t worked as well between my dryer and lighter skin, texture, dark spots and dark circles, and generally lax skin.

I’m not ready to give up, I love makeup and am embracing the challenge of making up my “new” face.  So I thought I’d share a few of my issues and how I’ve solved them in case you are in search of a solution.  Also, I’d love it if you share a great tip for us; I love when we can learn from each other.

The first sign of aging for me was developing dark circles.

I began noticing I needed concealer in my late forties but was at a loss as to what kind to buy and how to apply it. I tried drugstore products that never seemed to set, a highly touted luxury brand that didn’t conceal at all, a dry product I could barely scrape from it’s pot.

I read countless articles about which consistency was right and watched women in YouTube videos applying huge white triangles below their eyes, deep into the center of their faces.  I learned about “baking” a technique which involves applying concealer then covering it with a huge patch of powder.  You allow the powder to sit, and theoretically sink into the skin before dusting it off exposing an air brushed finish.

Only, none of it seemed to work very well.  My under eye area became the most labor intensive part of my makeup routine,  trying to cover the dark circles, while avoiding looking “cakey” and crinkly or “patchy”. There’s even a thing called “sharks teeth” I know cause I’ve had them.

Come to find out, there is a simple technique which takes just a minute:  You simply cover just the dark area with color corrector (if you use it) and concealer and nothing more.  No big triangle, no half moon,  just a swipe of color corrector at the inner corner of the eye covering the very darkest area, pat into place, followed by a swipe of concealer patted into place.  Wow.  So so simple and effective.

I have a friend who looks like she has two black eyes.

She takes her blue eye shadow and circles each eye almost up to the brow, and under her bottom lashes.  I bet that when she was young, it made her beautiful big brown eyes look amazing.  Now it looks smudgy and messy.  It never looks blended or even.

She needs a magnifying mirror and better lighting, preferably a magnifying, lighted makeup mirror.  She’s still trying to put her makeup on squinting at herself in the bathroom mirror.  I know this because I was doing the same thing.  I’d put my makeup on standing in front of the bathroom mirror; later, I’d catch a glimpse of myself in the car mirror.  It was then I noticed foundation in my eyebrows, and around my nose; blotchy poorly blended eyeshadow and other make up sins.  Getting a make up mirror with massive magnification was scary, but it has made a huge difference in my makeup game.

I could pack for a trip abroad with the bags under my eyes!

Yes, another under eye problem.  Eye bags.  I thought I would have to have surgery to remove them until an esthetician gave me a lymphatic massage.  When I got up from her table and looked in the mirror, the first thing I notice was that my eye bags were gone.  She explained that the massage she had given me had drained excess fluids  that were collecting under my eyes and elsewhere apparently.  My breathing and mood improved too.  Having a stuffy nose all the time can make one irritable.  I have learned to give myself a similar massage, and I myst say I look and feel better.  Who knew!?!  Here is a link to a couple of YouTube videos that I used to learn how from.

Does your eye liner still work for you?

I used to love eye liner pencils but now, no matter how creamy they are propertied to be, I still struggle to get a smooth nice line.  I switched to liquid liner but it looked so harsh and if you make a mistake… it’s a major bummer.

I like the definition liner gives but I simply could not get my eyes to look the way I wanted them to.  Recently I threw out a whole box of liner pencils that didn’t work for me; and have turned to eyeshadow and a fine brush I use to blend and soften the lines.

Every so often I take inventory to see what’s working and what’s not. I look at my face in different light, from a distance and how I look in pictures. Often that’s were we get clues as to how we look from a distance. It’s a good idea to update your look, either by watching YouTube tutorials or getting a makeover.

You are invited to the Inlinkz link party!Click here to enter 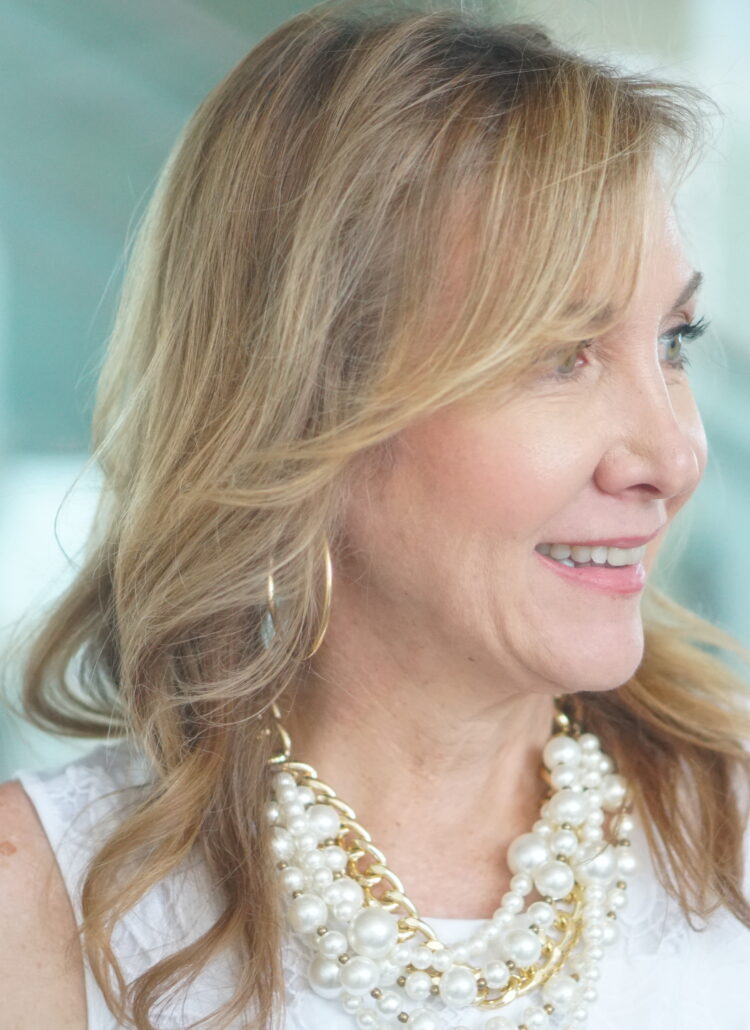 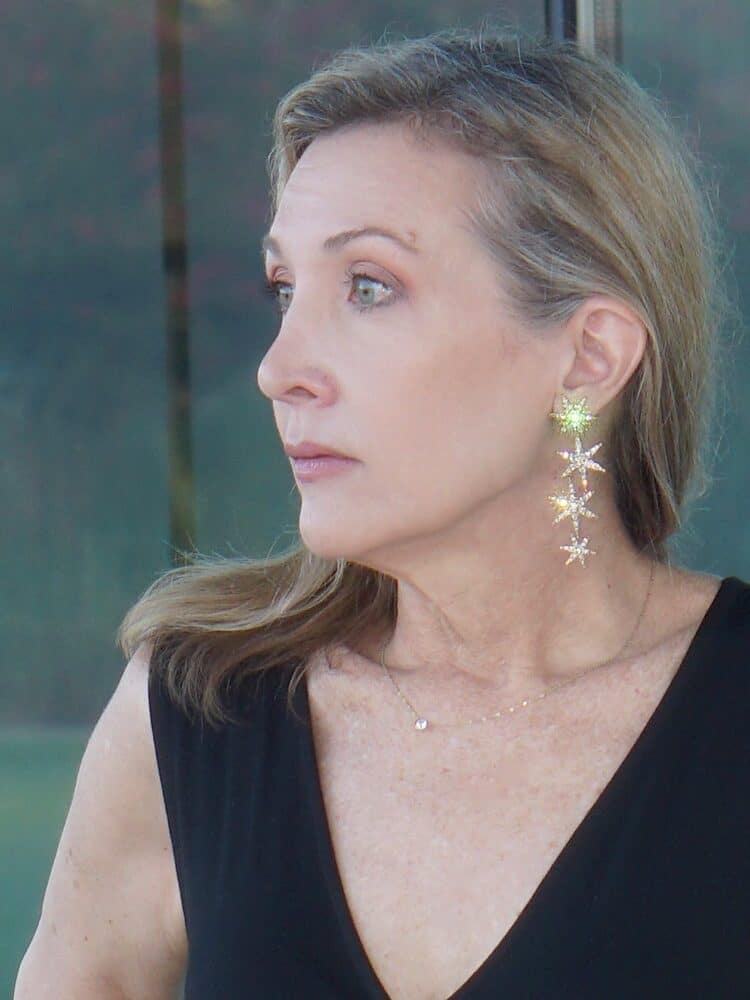 Grey Hair for a Day: Should You Dye Your Hair After 50?

Great tips! I have noticed that I can no longer wear liquid eyeliner as my eye lids are starting to get lots of wrinkles and crinkles. A pencil liner also has to be properly blended and smudged to not show all the lines. We definitely need to change our make up game in these middle years. Thanks for sharing!

Author
Nina(@admin)
Reply to  Shelbee on the Edge

Learning to make up my “new” face has definitely had it’s ups and downs, especially around the eyes! hope all is well in your world.

I couldn’t be without my magnifying mirror! I use a x 10 and it’s scary what I can see but for applying makeup and getting rid of unwanted hair it’s amazing! Some great tips here. xx

Gosh the first time I looked into my 10X mirror I was a bit horrified, now I love it.

These are such great and “do-able” suggestions. I am 75 but still have remarkable skin and few wrinkles. However, I do have those dark under eye circles and have been doing exactly as you suggested for a couple years with excellent results. I rarely use eye shadow and had my eyeliner tattooed on several years ago. I have also found that just a little shadow used for eyeliner works great and gives the slight smudge I need. I also use shadow to fill in my brows that just keep getting thinner. The older we get, the more simple our makeup… Read more »

I am so glad some of these tips might help; I was wondering about your tatoo eyeliner, was it painful? People are also getting their brows tattooed these days.

Hi Nina
I do watch Youtube videos too and recently watched ones that had to do with hooded eyes and creating a wing. It is tough to get the straight line! Good tips!
Hope you are well.
jess xx
http://www.elegantlydressedandstylish.com

Spot on about the magnifying mirror – should be REQUIRED for anyone over 50! I’ve stopped using eyeliner under my eyes, and will play with your shadow suggestion. I have a friend who puts so much liner under her eyes, she looks like a football player – I don’t know how to tell her!

I read this blog with interest despite not being a makeup wearer myself. I’ve had such bad allergies throughout my life, and there came a point in which the make-up made everything worse. Walking into Sephora makes my eyes burn. I have found that I can use a tinted moisturizer with no ill effects. Anyway, great tips! I think many women don’t realize that they need to adjust their makeup regimen with age.

I’m so sorry about your allergies! But I’m glad you enjoyed the post. 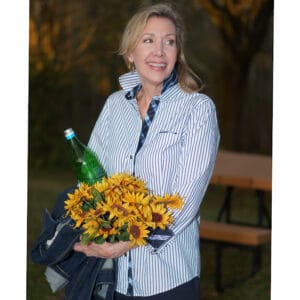